It was meant to happen sooner or later: https://hsmag.cc/
It’s published by the same peeps who are doing the MagPi (Raspberry Pi) mag.
Anyone know if they got in touch to explore potential partnerships or give a heads up about using the name?

I have a feeling this is going to restart the conversation on trademarks again.

It shouldn’t do since hackspace is an established generic term.

Also the Hackspace Foundation may be a good org for increased collaboration but it’s not any type of authority to give blessing on everyone’s behalf.

The Raspberry Pi Foundation got in touch just over a month ago about this, which ended up with both Russ and I on a call with the new magazine producer and Eben Upton.

From the beginning we made it very clear that while we knew we could not stop them from using the name “hackspace”, some (if not many) of the community would see them using the name as appropriation by a for-profit entity and not something that was for community benefit. While we said that it was likely many people would support a magazine that promoted the hackspace community, it would probably be better to choose another name so as not to confuse their (large) entity with the many community-run groups.

This did not go down very well. They repeatedly said that they really liked the name and really wanted to use it, and despite our best efforts to convince them that avoiding the issue entirely might be a better idea they wanted to push ahead.

The call concluded with two outcomes:

At the public HSF meeting recently the issue was raised, and the general conclusion from that (and other discussions) was a mix of people being unhappy with them using the name, and general thoughts that frankly there’s nothing we can do to stop them.

I’d been intending to post about this a week ago in order to solicit further opinions in a wide-open manner since the conclusions were …inconclusive, however I got hit with the flu and it slipped. Apparently they’ve decided to announce the magazine early, as we were told we had until later in November for this feedback to be finalised.

In full credit to them, they do want to engage with the community, however I can’t say I’m particularly heartened by the fact that they have released using this name without the courtesy of letting us know as part of the existing discussions.

So: Short version, we have an open channel with them. Suggestions on what we’d like to do next are welcome!

It sounds from the way you’ve worded it like it wasn’t explicitly brought up - wouldn’t it have been at least possible to mention it briefly here? A link to the trademark they’ve already taken out maybe? We’ve missed the best time to object/pull opinions/suggest alternatives, as they’ve now invested effort in branding and launch, and we’ll be the jerks if we object.

Is there any chance they could change it in some small but differentiating way?

I’m not entirely sure what you mean, so I’ll do my best to cover all bases:

We initially agreed that we’d not talk about it very publicly and would solicit feedback from spaces before it got any further (which we did) - I believe it was brought up in the Telegram group while the call was still in progress. We were going to query about it publicly in the last two weeks but life/illness delayed it, which I can only apologise for.

As I said this has been launched far earlier than we were told, I expected we had a longer period to give feedback and protest.

I currently have an email thread open with them, however it appears to be someone new who is saying quite different things than we were told in the past and I’m actually quite concerned. If you’ve got suggestions as to what a small but differentiating change could be I’d love to pass it on to them.

I wonder if the best response at this stage is to put out a post to explicitly distinguish Hackspace Foundation and the various non-profit hackspaces from the for-profit enterprise that is HSM. The post could point out that RPi is clearly trying to ride on the success of the hackspaces around the UK/Ireland and call out the underhanded way they’ve approached it.

It could also say something along the lines of curated material being welcome but that we’re also aware of the moves to trademark words like makerspace, and Make’s positioning of itself as the steer of spaces and events in the US and further afield. And (maybe) graciously acknowledge their trademark, while admitting that any further attempts might lose them or others good will?

Happy to help draft this if people think it’s worthwhile.

‘hackspace magazine’ or ‘hackspacemag’ would be fine but it is simply really confusing as ‘hackspace’ alone especially if they try to use it as a brand for more things.

Yeah, I don’t think it would be a stretch to say they’re passing off by using “HackSpace” in isolation on their cover. We’d need to formalise what negative impact this has on us in order to take action, but there’s nothing to stop us hinting at this in the post too.

They’ve registered under “Printed matter” (don’t care about this) and “Computer software/downloadable electronic publications/information relating to computers”. The latter definitely crosses over into areas we have significant presence in.

It shouldn’t do since hackspace is an established generic term.

For the sake of this thread, I don’t think this is true, but let’s continue discussing that in https://forum.hackspace.org.uk/t/trademarking/210

I actually totally missed that they’ve just called it “Hackspace” and not “Hackspace Magazine” as they originally told us. That is really not acceptable.

@ms7821 I think drafting something we can edit would be useful - could you have a go? 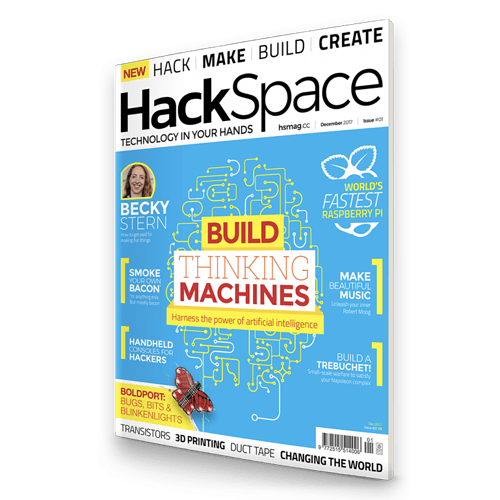 I’ve shared a very rough initial draft with Jonty. If anyone want to help, please message me privately.

Any suggestions on people to get in touch with, or other points we could make, are welcome!

I’ve not heard much more about this. Do people want to do anything about the likely passing off, or are we waiting to read the first issue?

Also Thursday (when the first issue goes out) is the date their trademark becomes registered and it becomes a lot harder to oppose.

I’ve not heard much more about this. Do people want to do anything about the likely passing off, or are we waiting to read the first issue?

I’ve made a number of enquiries but I haven’t been able to find an IP lawyer who’s willing to work pro bono on this.

Also Thursday (when the first issue goes out) is the date their trademark becomes registered and it becomes a lot harder to oppose.

My opinion is that Hackspace is clearly a generic term in trademark law, and our limited funds and time would be better spent reinforcing this than filing a trademark application which is likely to be denied or attacked.

Make magazine already showed us how bad this can get (first profiteering, then legal threats to community groups based on there trademarks, then racist and sexist abuse online in the name of makers).
We need to pressure them into changing the name or loosing support. if there magazine isn’t welcome in hackspaces across the UK then they might realise there mistake. Did an article about the stolen name get written anywhere? I am not the best writer but willing to do it if no one else has. Needs to be sent out to all spaces so they are aware of the issues before deciding to support it in their physical space.

Alternatively, we work with them rather than burning bridges and instead create something awesome, could we use this as an opportunity to bring hackspaces together? Regardless of monetary intention, someone sat down and thought “wouldn’t it be awesome if there was a hackspace magazine?” and it is now a thing.

I’m not seeing anyone actually turn around with this and say “well how about we get together and run our own magazine, which is actually ran as a not for profit and helps sustain those who want to run it?”. It takes time, effort and graft.

Easier to burn paper ey? Some Hackspaces are already on board with this and even ordered copies for their members. Can we have nice things?

@stanto To be clear this is not a magazine about hackspaces, they just liked the word. The magazine is basically a Make clone from what I understand.

When we initially spoke to them they said they’d be covering hackspaces and would ensure that the movement was properly represented. When I asked about this again after the launch they seem to no longer be doing this, and I don’t think they’re particularly interested in changing.

To be clear this is not a magazine about hackspaces

From reading the edition which is now available I believe it in part, is. Check it out if you haven’t read it yet

Has anyone actually received copies to their hackspace? Is there a delay or has this offer simply not been honoured?

Our lot had attempted delivery yesterday. It’s sent by UPS.