What software do you find useful for 3D printing and CNC routing?

Though it’s not open source, I’m finding Autodesk’s Fusion 360 to be reasonably good.

However it was made clear to me that people want software that works on tablets and phones, which I was taken aback by, because to me, fidelity and dexterity in creating requires different inputs (mouse, keyboard, pen tablet).

What software do other people use, and do they use it on their smartphones / smart tablets?

Mostly use OpenSCAD… never tried using it from a tablet, suspect it’d be a pain. Have dabbled with Fusion 360, Autodesk 123D Design, Tinkercard and FreeCAD. Out of those, I expect Tinkercad would be easiest to use on a tablet.

Free CAD, opensCAD and in lesser degree blender. for 3d printing combined with slic3r or octoprint. I also use them a bit for CNC machining vacuum forming tools (the CNC software controller accepts STL files.
octoprint is webbased so people can just dowload stl and octoprint can slice directly but no designing. insure if it can scale…

OpenSCAD could have a mobile app or maybe a web app. But never heard of it.

For other CAD I use sweetHome3D to check where things fit in a room (interior design).

For Laser cutting I use libreCAD, inkscape or http://www.makercase.com/. The latter could be used on tablet.

for cnc I have not used but I’m told http://linuxcnc.org/ works good.

OpenSCAD could have a mobile app or maybe a web app. But never heard of it.

Therer are a few OpenSCAD compatible android apps, but no direct ports afaics.

I learned the ropes with Autocad and use it at work, so I really like Draftsight, which is pretty much a 1:1 copy of Autocad circa 2004. So much so, I can use it with muscle memory 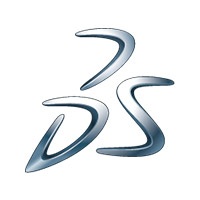 Just learn’t recently that Autodesk Fusion 360 is free to “enthusiasts” - as a replacement for 123d design, just download the trial and when you click activate select the enthusiast option

Another vote for Fusion from me. I use CATIA at work but Fusion is great at keeping things simple and it just works!

I still like to get my hands dirty with programming GCODE by hand for CNC machines though. Its therapeutic!