This year Makers Central at the Birmingham NEC was a complete blast with over 6000 people attending, loads of big names and everybody had an amazing time. The makerspace and hackerspace presence however was poor especially since the organisers kindly gave us some space to use.

I represented Southampton Makerspace along with my fellow member James Bruton and while obviously, we did not get many new members for Southampton at an event in Birmingham, we found ourselves as unofficial ambassadors for hackerspaces and makerspaces and sent people to their local space.

2019s event is a long way away but I’ve been speaking to the organisers about having a large joint stand representing makerspaces and hackerspaces from around the country. This means if a group doesn’t turn up there should still be enough cover for the stand and we don’t disappoint the organizers. It also means a few people could run a workshop or little event or just go and walk around the show leaving enough people to cover the stand.

So far they agree the idea is great and are willing to give us some space at the event!

To get some numbers, are there any hakerspaces or makerspaces interested in having a shared presence at the event or if not, having their own stand?

Please let me know either here or by mailing Chris@somakeit.org.uk

If you have any ideas of things we can do, workshops that could be run at the stand they would also be welcome.

I like this plan, and it would be nice to iterate the stand the HSF has had at many maker faires and produce something really good alongside the spaces exhibiting.

The HSF might be able to put some money towards this in the near future.

I was really hoping a few other spaces would have got in contact by now as while its next year, this sort of event has limited space that is snapped up as we get closer to the time.

The space we currently have put aside is free but travel, tables, chairs, consumables, hotel bills, and most importantly the expensive food at the NEC will cost anybody who goes so anything we can do to mitigate costs would be amazing!

And we are officially on the map as coming. 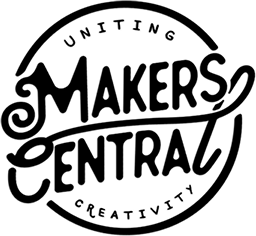 Bringing together nearly 250 makers, crafters and inventors to share their passion for all things creative, Makers Central is the biggest event of the year!

I’ve asked for join So Make It/Hackerspace Foundation Logos for now as no other hackerspace/makerspace has come back to me as coming.

I’m just starting out with a hack/maker space but have been in tech for many years, and help with the local Peterborough STEMfest.
I think this is a great opportunity, and would support it, but I have a family and work in other projects too. Having said that, I think we’d all enjoy being involved so you could still put us down as a maybe!
Just wanted to support the idea

Closer to the time I’ll be pestering everybody and confirming numbers. We only have a limited number of free passes and of course need to arrange stuff taken there. We can bring a few 3D printers from Southampton Makerspace as well as the usual makey makey setups and some stuff to play with but we are trying to arrange a little soldering workshop ever the weekend as well. I’m hoping between us all we can present an amazing stand yet not be stuck on it and get to enjoy the show

I think I sent you an emal saying Leicester hackspace would be interested in supporting the event. We tried to arrange a stand last year and could not get the support, so a shared stand makes a lot of sense.

When we attend similar events in the Leicester area we tend to take some 3d printers, raspberry pi, microbit etc robots.

Will be fantastic to have you there! A bit closer to the time we’ll sort a whatsapp group or something and start proper planning. We only get a limited amount of free badges and have to set up the bulk of the stand on the Friday so need to confirm numbers and activities etc.

Basingstoke Makerspace will hopefully be there again.

Fantastic more the merrier! Closer to the time we’ll start talking about details but it would be good to know how many people etc so we can confirm entry passes and details of anything you want to bring.

We want to do some kind of interactive puzzle/contraption. We’ll need a couple of passes I guess.

I attending this event in 2018 as an exhibiting sponsor. It was very good, from my point of view as a business. Much more about grown-up makers who actually make things themselves and less about a day out for a family of bored kids, which is how it feels at some other Maker events I’ve attended. Also its the NEC so as a venue its very very much made for exhibiting, load in and load out was great compared to the horror of Maker Faire (including the ones I organised… ok ESPECIALLY the ones I organised).

It has a lot more of a commercial focus and the emphasis is on tools, woodworking and big name (at least for the Maker world) YouTubers.

I haven’t yet decided if Smoke & Mirrors (we sell laser cutters, spares and repairs) will return for 2019, but its very very likely.

Dominic Morrow
Off of Nottingham Hackspace

I and my +1 are well up for helping out at the stall. We’ve done lots of events in the past and can talk about making or the setup of new spaces depending on what the punters want to know.

Mailed you Stuart - awesome to get more people on board

Fantastic, I don’t think we got a chance to talk this year but we’ve met before a few times at Maker Faires! I’ll try to make the time next year if your there

OK Xmas is out of the way and there is about 5 months to prepare! Plenty of time but lets not leave this until last minute!

Could everybody who is volunteering to be on the stand please send me their contact details and I’ll start a whatsapp group. I’ve already drawn up a brief stand plan but this will change depending on who’s coming, bringing what and if we can secure a van.

If you use the hackspace email directors@leicesterhackspace.org.uk , what do you need for what’s app, my phone number is 07842880052 stevegale54@gmail.com.

I have got some interest from our members, we could probably help with three d printing, raspberry pi and microbit robots

We have a small whatsapp group going now where stand planning is going on!

Free tickets and spaces on the stand are probably all gone however if anybody had a few little things, leaflets from their hackerspaces they want on the stand we’d be more than happy to display!

Dominic, will you have your own stand? I cant get any more free tickets at this point sorry to say